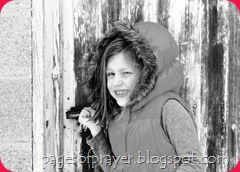 The irony in it, is the message. These were the passion-filled words of my pastor that said Sunday morn…”What is happening while you are sleeping? What is going on in this world while your head is on the pillow?” I promise, I haven’t been sleeping 24/7 for two weeks…but I’ve allowed myself to be ‘too busy’ to sit and write. Same thing!

Today though, God added to what He taught me last week. So I will combine my reflection 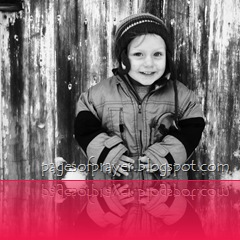 to include both. =) Since I’m the author…I’m allowed!! Ha-ha! I’m a wee bit anxious about today’s post. Good anxious. That is how I know that the time is now. That God is revealing truth over the lies that someone has been believing today. You are about to experience truth followed by the freedom of grace. Read on!

The ‘pre-message’ at church a couple Sundays ago was my favorite part of the service. First Pastor Les had us listen to a song by Casting Crowns. I had never heard it before so my eyes were glued to the screen. What I could see through my tears…was amazing! God has blessed that group immensely to be able to touch the hearts of people everywhere. What is really powerful about this particular song is that it makes no difference if the listener is saved or unsaved. Either way the listener can not deny that it is truth that they speak. I will explain my theory after you listen to the song for yourself.

If you click on THIS LINK, it will take you to YouTube to listen to the song, ‘While You Were Sleeping’ by Casting Crowns. I promise you that it will be worth your time. It IS that good!!
Truth. Isn’t that song just stuffed full of truth?!? “We say save the trees but kill the children.” Wow!! That puts it into very simple, real words. Saved and unsaved alike can not deny that statement. Whether they believe in Pro-life or Pro-choice…the reality of what this world has become is still blaringly obvious. We put worth in and believe that trees are essential for our future. But life. Real, living human life…means little. Let’s apply this concept to the days of old. Stay with me, I have a point! Let’s go back to the day that Christ was being made in the image of man. Let’s think about Christ stepping down from His Throne of Glory…and becoming just like us. He made Himself vulnerable. He had to trust in the free will of man. And trust that man would choose the path of God…even if it wasn’t easy.

Let’s fast forward to this past Sunday. It was Christmas Eve Eve. Most of us probably attend church the Sunday before Christmas expecting to see lots of people and to hear the same story. The story really is a remarkable one. A flat out amazing story. But, do we just sit and listen like it is just that? A story?

It was REAL life. Can you fathom that? Can you fathom being Joseph in Matthew 1:18-25? Can you picture yourself being the man that just found out that the woman promised to be his wife, is pregnant? Just as you make plans to quietly divorce her…an angel appears to you in your dream. What now? You choose the path of God. You are scared…but the consequence of not choosing that path would have been an eternally fatal mistake, and not just for him. Joseph did not, could not fathom what responsibility he held in his choice.

And how about Mary. She knew the truth. She knew that she had never been with a man. How could she explain that a virgin was pregnant? Surely no ONE person would believe her. And the one that she had just been promised to…what would he think? He couldn’t possibly be with her when their marriage started off in what seemed to be betrayal. In Luke 1:26-38 we can read that the angel, Gabriel appeared to Mary. Okay…that is NOT an everyday occurrence. Just imagine finding yourself in that position. You are SURE that no one will believe you. And the consequences of being ‘with child’ out of wedlock back in those days were nothing like they are here in the United States in today’s culture.

Let’s put Mary into life today, 2012. The scenario is the same. The outcome…? I know that this is all just for thought…but what if pro-choice had been a choice for Mary? The reality of our life, our faith would be drastically different. If Mary had chosen to abort Jesus…just think of the eternal consequences. Our Savior. Our Healer. Our Provider. Our Comfort. Our Omni-Present. Our All-Knowing. Our Maker. Our Heavenly Father. He would have been thrown aside. Who would have known? Abortion is done in secret. In silence. Because the enemy knows that his deception must be kept far from the prayers of the righteous.

Abortion…oh how that word attaches itself to my heart and just breaks it. I saw that word beside my own name once before. "Spontanious Imcomplete Abortion". When I read that on the hospital computer as my diagnosis after my second miscarriage...my eyes instantly teared. I wanted desperately to make it go away. If it weren't 'tampering' 'with' 'medical' 'records' (insert finger quotes in your head) I would have tried to change it. It was not my choice to abort my baby...and for years I hated that my name was attached to that diagnosis. Now I trust and know that God has a plan. God has a purpose. And it will all make sense when that plan plays out to it's fullness.

Let’s try to see abortion through the eyes of Christ, the maker of all children. He forms each child. He has plans for that child. And in the quiet, dark deception of the enemy, through a ‘choice’…that child is stolen. Ripped from it’s nourishing mother’s womb and tossed aside. All because a choice has been presented. Who is the enemy taking out? Who’s ministry is being ripped away from them? What world changers are being aborted because the choice seems easier than the path of God?

Maybe you know someone who has chosen this road. Maybe you are that person. I am sitting here right now, broken for you. I can’t imagine the aftermath of such a choice. But as I have said before…Romans 8:28 is for all of us! God WILL use, even our most secret mistakes to build our faith.

I in NO way condone abortion…I just need to state that so there is no question. But, I do know that we serve a God who gives us new mercy EVERY morning. I need that mercy. You need that mercy. And even IF you chose death where their was life…God can use you in a powerful way. He can use your testimony to help someone else who thinks they have a right to choose. Don’t stay silent. Speak life and heal the hearts of millions! You owe it to the lost ministry of your child to speak on their behalf. Please contact me…and I will pray you to the Throne of Grace!!!! I was born for such a time as this my dear friend!!!! I would absolutely LOVE to be a part of unlocking your testimony!

Wake up, oh sleeper. The savior of the world was born while men slumbered. And now, babies all over the world are being stolen while we slumber. Who were they to be? Who is the enemy silently suffocating because he is afraid of who they might become? The choice of abortion is not limited to the unsaved. How much MORE would the enemy want a Christian to abort? World-changers can’t change anything if they are never given the chance. And in many cases I am sure that two lives are seemingly taken out. The baby and the parent(s). To live with such a skeleton would seem impossible. And when you think like that…you are exactly where the enemy expected you to be.

I am fired up today. God spoke this powerful message to me on the eve of Christmas Eve. Might not seem like a happy holiday message, but words of life are meant to make us think. Wake up won’t you? Allow God to speak to you right where you are. Listen to His voice. Choosing the path of God might not seem easy…but it will make sense. The price you pay for taking any other path…will not be worth it. The price has been paid remember?!?! 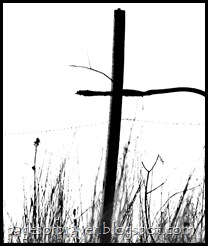