We have all probably read and heard 'The Parable of the Sower' many times. I am just not sure that we all know how often this parable applies to our lives. In my 33 years of life, I have come to realize that the seed represents an unending number of things, specific to each of us. To go along with the countless seeds, there are also an unending number of tactics that the enemy will use against us, to try to ensure that the seeds never root themselves to become secure. 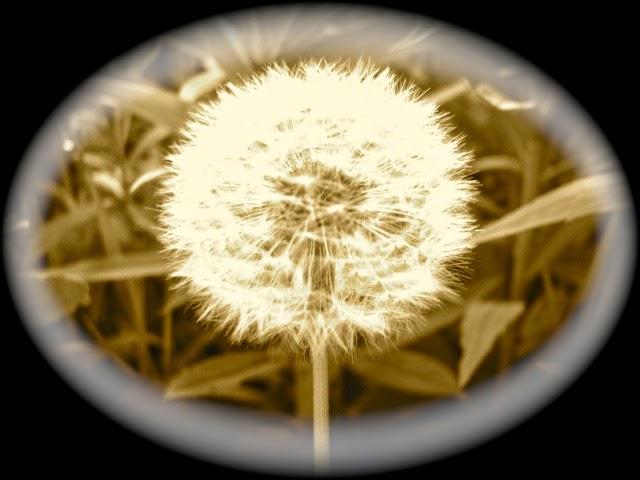 Let's read the parable, spoken by Jesus, just to refresh our rememberers for the point that I am going to make. ;-) No matter how rushed you are, take the time to read it because Jesus took the time to speak it for YOU!

Mark 4 Again Jesus began to teach by the lake. The crowd that gathered around him was so large that he got into a boat and sat in it out on the lake, while all the people were along the shore at the water’s edge. 2 He taught them many things by parables, and in his teaching said: 3 “Listen! A farmer went out to sow his seed. 4 As he was scattering the seed, some fell along the path, and the birds came and ate it up. 5 Some fell on rocky places, where it did not have much soil. It sprang up quickly, because the soil was shallow. 6 But when the sun came up, the plants were scorched, and they withered because they had no root. 7 Other seed fell among thorns, which grew up and choked the plants, so that they did not bear grain. 8 Still other seed fell on good soil. It came up, grew and produced a crop, some multiplying thirty, some sixty, some a hundred times.”

9 Then Jesus said, “Whoever has ears to hear, let them hear.”
10 When he was alone, the Twelve and the others around him asked him about the parables.11 He told them, “The secret of the kingdom of God has been given to you. But to those on the outside everything is said in parables 12 so that,
“‘they may be ever seeing but never perceiving,
and ever hearing but never understanding;
otherwise they might turn and be forgiven!’[a]”
13 Then Jesus said to them, “Don’t you understand this parable? How then will you understand any parable? 14 The farmer sows the word. 15 Some people are like seed along the path, where the word is sown. As soon as they hear it, Satan comes and takes away the word that was sown in them. 16 Others, like seed sown on rocky places, hear the word and at once receive it with joy. 17 But since they have no root, they last only a short time. When trouble or persecution comes because of the word, they quickly fall away. 18 Still others, like seed sown among thorns, hear the word; 19 but the worries of this life, the deceitfulness of wealth and the desires for other things come in and choke the word, making it unfruitful.20 Others, like seed sown on good soil, hear the word, accept it, and produce a crop—some thirty, some sixty, some a hundred times what was sown.”


Right now, even if it is just in our minds, let's list some examples of seeds that God has given us.

The seed of Salvation. God spoke to your heart before you knew Him. He may have used a pastor, a friend, a television, His Word, etc. The seed was planted and you had to choose what you did with it.

The seed of a dream. God gave you a dream or a vision (not necessarily in sleep/dream form) of something He was calling you to do for His glory. The seed was planted and you had to choose what you did with it.

The seed of hope. In a seemingly hopeless situation, God gave you a sense of hope that you would be forever changed if you allowed Him to intervene. The seed was planted and you had to choose what you did with it.

I know those are very general...so I will give you a personal specific example of a seed of dream in my life. Many of you that know me, or that have been followers of my blog www.pagesofprayer.blogspot.com ....know that I have three children that have already entered the Kingdom of Heaven and (not so anxiously) await my arrival. You also know, or can safely assume, that the loss of those babies was something that took much time and even more Jesus to heal from.

After having my third miscarriage God told me clearly that I was to write about my experiences. He told me that there were people that would need to see Him in their circumstance of loss...and that I was going to be His hands. The very first person that I told immediately doubted as to how I could actually do it. Without the money to publish such a book, 'the how' seemed too impossible to tackle.

That seed. That dream...was plucked quickly from my heart. I chose not to write.

Time passed and the seed was again planted. This time by a mother who had just lost a baby. She sought council from me and I answered her heart the best I knew how. With experience and compassion. The seed rooted a bit deeper this time. After a few more broken, grieving mothers crossed my path... I 'kind of' did as I was asked. It wasn't a book...but it was a blog. I blogged about each pregnancy...reminding myself of the pain of my losses and the joy of new life.

The seedling was weak as I wrote. I had listened...but it was still not absolute surrender to my King. He asked for a book and I gave Him a blog. One took faith and the other took only obedience. As soon as I finished my writing on miscarriage...I once again dropped the dream. A book. That was my calling. That IS my calling.

Now that I again know...I have the choice. What WILL I do?

What was your seed? A seed of hope? A seed of God inspired dreams/goals? It is not too late to obey in faith. Pick up your cross and follow Jesus! His road leads to prayers answered. Lives changed. Dreams fulfilled. The choice is yours. Will you follow His call...or will you let the enemy snatch your seed?
Posted by Vanesa K at 1:01 PM